"I chose freedom." Soviet athlete sought asylum in Canada, losing the Olympics - the USSR threatened to boycott in response

But the performance of our team in Canada almost broke off ahead of schedule - during the Games the Soviet authorities threatened the organizer with a boycott, the entire team could withdraw from the tournament. This is because the 17-year-old water jumper Sergey Nemtsanov did not want to return home.

Before the Games, he fell in love with the daughter of an American millionaire

Sergei Nemtsanov was born in the village of Leonidovo, Sakhalin Oblast in 1959. His father was a military pilot, he hardly saw his son - he served in Hungary and only paid alimony for Sergey. Mom also abandoned her son, leaving him in the care of her grandmother.

Together with her, Sergei first moved to Bishkek, where he took up diving, and then to Alma-Ata - the section in Kyrgyzstan was closed.

Nemtsanov immediately showed his talent: in 1974 and 1975 he won the USSR championship in the tower and springboard, was considered one of the main favorites of the Olympics. Shortly before the Games, he, as part of the USSR national team, went to the prestigious Kanameks international tournament, which was held in Canada, the USA and Mexico.

At the competition, Nemtsanov met Carol Lindner, a jumper from the US team. She turned out to be the daughter of an American millionaire who partially funded the tournament. All delegations and translators during the Kanameks vacationed on the boat of Mr. Richard Lindner - and Nemtsanov, of course, was also invited.

Sergey talked a lot with Carol, they rode a Lindner Mercedes in North America; Nemtsanov almost did not know English, but this did not interfere too much with Carol. Even then, our athlete in a good way was shocked by the standard of living in the States - from the friendly attitude of others to high-quality roads and expensive cars.

But they parted with Carol: the Soviet team returned to the USSR, Nemtsanov continued preparations for Montreal 1976.
An American goodbye bought all our national team records and asked Sergei to quickly return to her.

Defeat at the Olympics and persuasion to emigration

Carol did not qualify for the team, but came to the Games to support her beloved: Nemtsanov counted only on gold.

The USSR delegation in diving included 8 people - six athletes and two coaches. As it turned out later, the coaches were severely lacking - often jumpers were left without prompts during the competition. Nemtsanov may have been well led up to the Olympics, but burned out - only 9th place in jumping from the tower.

Carol believed that he was condemned; Largely because he is a Soviet athlete, not a European, and certainly not an American - the attitude around them is different throughout the world.

The country's sports leadership was angry over the failure: according to legend, Nemtsanov was even threatened with a fine and reprimand after returning to his homeland. 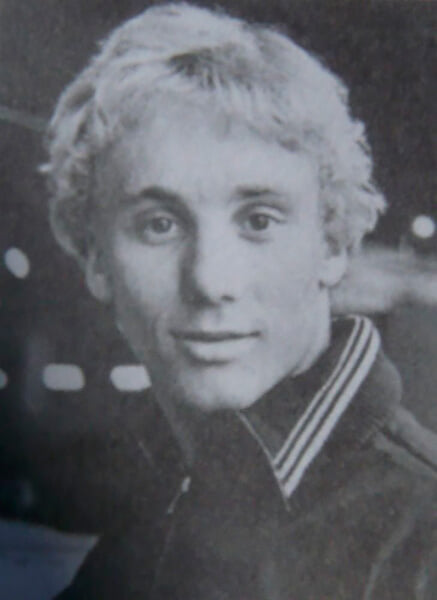 And then came George Mogilyansky - the son of Russian immigrants in Canada, he worked in Montreal 1976 as a translator. In the last days of the Games, Mogilyansky was caught reading how he laid out pamphlets with the offer of emigration to Canada in front of the numbers of Soviet athletes in the Olympic village. The pages colorfully painted life in the country and offered the necessary phone numbers.

Mogilyansky was caught with a scandal, but late - their acquaintance with the 17-year-old Nemtsanov had already taken place: George approached Sergei after the defeat and expressed sympathy. And later he suggested that the upset athlete drink beer and live in a house on the lake for a couple of days, along with Canadian athletes - relax and forget about the failure. Sergey agreed.

20 thousand dollars and a residence permit in Canada

Nemtsanov’s unusual friendship with Canadians and Americans was quickly discovered in the USSR. The country's leadership ordered the athlete to return to his homeland earlier than planned, even before the close of the Games. But when they came for Sergey, he was not in the room. The media started: the Soviet athlete asked for political asylum and decided to stay in Canada!

Nemtsanov learned about this news from the TV. Perhaps then he was not going to actually stay in Canada, but George and local athletes persuaded: there is no way back, it's time to decide.

As Nemtsanov recalled, Canadian lawyers called him immediately and said that in the event of a positive decision they would quickly issue a residence permit. Carol also urged to stay, and George defiantly wrote out a check for 20 thousand dollars.

The Canadian side asked Sergei to meet with representatives of the USSR (all the more so after the news of his “escape” several large officials flew to Montreal) and tell them: “I chose freedom.” 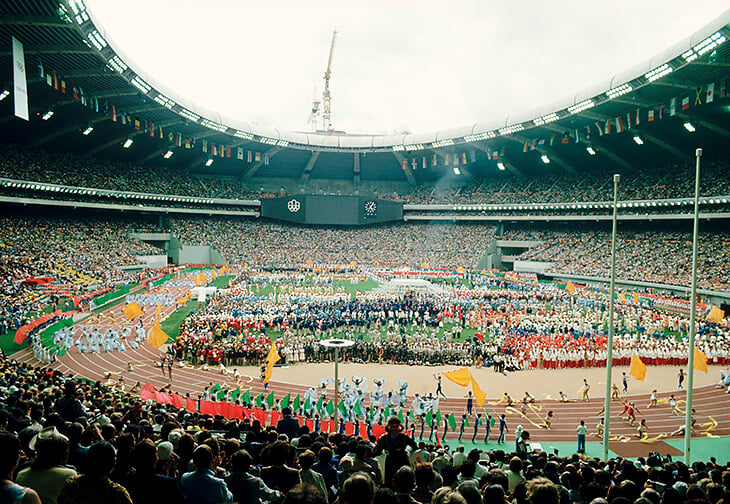 The USSR threatened to boycott the Games, and Nemtsanov surrendered due to the request of his grandmother

The USSR immediately declared: Nemtsanov has no right to seek political asylum, since he is still a minor. The Canadian side had no arguments against; but the owners of the Games came up with a trick: to keep the Soviet athlete on their territory until his 18th birthday (in January). In fact, delay the process for six months.

The union launched a political campaign, which the West called "Sergey, get home!" Father Nemtsanov, who had not seen Sergei since birth, was called to his homeland from Hungary; national team coach Anatoly Laryushkin for 10 years became "restricted to travel abroad".

A member of the International Olympic Committee (IOC), Vitaly Smirnov, in an interview with the international press, stated that the Canadian special services, having pressed on Nemtsanov, actually abducted him: “We think this is a typical abduction. Yes, he was depressed (due to his appearance at the Games), the coaches told me about this.

We are talking about a very young guy, his parents are now in the USSR. I see no reason for this young guy who does not even know a single foreign language, who has just graduated from school, to seek political asylum. What for? If we return to the USSR without Nemtsanov, we will be very disappointed.

The USSR even threatened to boycott the rest of the Olympics if the jumper was not allowed to go home.

As a result, the Soviet delegation achieved a meeting with Nemtsanov: the athlete arrived in an incomprehensible state - either drunk, or shocked, or under the influence of drugs. The only phrase he repeated was: "I chose freedom, I chose freedom."

At the first meeting, Nemtsanov was not convinced. Then in the USSR they used the trump card - at the second meeting they turned on the jumper audio recording with the appeal of his grandmother. She persuaded Sergei to return, asked not to leave her alone.

Nemtsanov broke: “On the cassette, the voice of my grandmother cries excitedly:“ Who did you leave me for? I’m completely alone. ” Because of this, I have a lump in my throat, I tell Canadians: I wanted to spit on everything - my future, my career - we went to the embassy. ”

Soon, Sergei returned to his homeland. Surprisingly, he was not punished - he continued to practice diving. In 1979, he won the USSR championship and selected for the 1980 home Olympics, but did not take the medal - he became the seventh and ended his career.

It is still not known exactly why Canadians so much wanted to get Nemtsanov. There are three major versions:

• Canada simply wanted to strike a reputation blow at the USSR. There was a Cold War, relations between the Soviets and America were more than strained. The flight of a young and promising athlete to Canada during the Olympics would show that in the USSR, not everything is as good as presented. 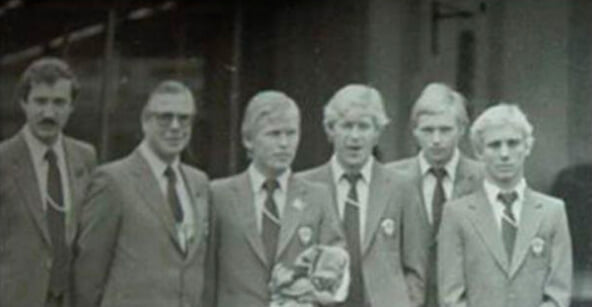 That is why Mogilyansky laid out flyers with proposals for emigration in the Olympic village. It was unlikely that initially they were counting specifically on Nemtsanov — circumstances just happened.

• Canadians wanted to lure a promising jumper into the water. Their team needed to be strengthened: the Canadians did not even reach the final of the Home Games, the best result was Ken Armstrong's 14th place in jumping from a 10-meter tower.

• This is a help to Nemtsanov and his beloved Carol Lindner. Although they say that Carol's father opposed his daughter's meetings with a Soviet athlete.

After leaving sports Nemtsanov served in the army, got married, he had a son. Then there were problems with alcohol, a second marriage and the birth of a daughter.

Sergei still returned to America - many years after Montreal-1976. Now he lives with his family in the USA, runs a car repair shop; his son also dives.

Carol Lindner, they say, could not forget Sergei for a long time - in the 80s she came to diving competitions in the USA and asked Soviet athletes how Nemtsanov was doing. And she even asked me to convey that she still loves him.